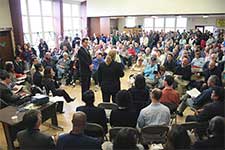 New Civil Code 4515 will be added to the Davis-Stirling Act to ensure that homeowners association residents may exercise their rights of peaceful assembly and political speech.

HOAs are playing an increasing role in the lives of California’s residents as compared to the roles traditionally played by cities and counties. HOAs are growing in number, size and sophistication. As a result, a HOA’s actions and governance structure often have more immediate effects on the issues homeowners feel “closest to home,” such as property values and community services. This is why California law will at times hold HOAs—which are private corporations—to the standards of “quasi-governmental entities.”

An example of this was seen several years ago when legislation was enacted to grant every HOA member the right to use common area meeting spaces for purposes related to a HOA’s election. The intent was to promote constitutional principles of freedom of speech and assembly; to allow HOA members to meet for purposes related to an ongoing HOA campaign (i.e., a HOA board election), and to do so without any unreasonable impediment imposed on them by their HOA.

SB 407 (Wieckowski) is a newly signed bill that takes this idea much further. It was introduced in response to what California’s legislators felt to be a continuing abuse of power by HOAs in using non-solicitation rules to prohibit non-commercial free and political speech:

“Blanket prohibitions on commercial solicitation are often so broadly written that they could be interpreted to prohibit non-commercial free and political speech.”

“Significant anecdotal evidence demonstrates that HOAs have extended the restrictions of door-to-door solicitation to political speech.”

END_OF_DOCUMENT_TOKEN_TO_BE_REPLACED 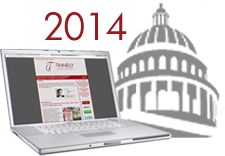 Our “Annual Legislative & Case Law Update” newsletter for the year 2014 is now available in our library!

The Legislative & Case Law Update provides an overview of the new legislation and case law impacting California Homeowners Associations (“HOAs”) as we head into 2014. The new legislation includes, among other items, the re-organization of the Davis-Stirling Act (now in effect), and a bill that clarifies contractor licensing requirements for HOA managers. The new case law includes rulings that may impact HOA election rules, membership rights to attend Board meetings, use of HOA media outlets during election campaigns, insurance defense coverage, attorney’s fees recovery in HOA disputes, and assessment collection procedures.

Have questions on any of the new legislation or case law? Click here to send us a question online. 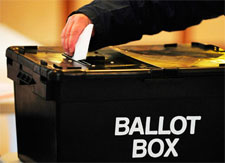 Provisions setting forth the qualifications for serving on a homeowners association (“HOA”) Board of Directors are typically found in the HOA’s Bylaws. At the time when these provisions were originally drafted, they may have been insufficient to establish a set of specific qualifications designed to avoid operational issues and potential conflicts of interest. Therefore, HOAs have been traditionally required to formally amend their Bylaws in order to establish, clarify or expand director qualifications. This generally requires the approval of the membership and a formal vote which, as many Boards and industry professionals understand, often acts as a significant hurdle to achieving the HOA’s goals.

However, in light of recent case law, it appears that a less onerous mechanism for enacting new director qualifications may now be available. In Friars Village Homeowners Association v. Hansing (10/9/2013) the HOA adopted an election rule which prevented any member from seeking a position on the Board if that member was related by blood or marriage to any current Board member or other candidate for the Board. Subsequent to the adoption of the rule, a husband whose wife was already serving on the Board sought to nominate himself as a candidate in an upcoming election. There was a provision in the HOA’s governing documents that permitted members to “self-nominate.” However, the Association denied his request to submit his candidacy on the basis of the newly enacted “relationship” rule. The husband then brought suit against the HOA to challenge the validity of the rule on the theory that it exceeded the HOA’s authority and violated his self-nomination rights under the HOA’s governing documents.

The Court ruled for the HOA, noting that the new election rule acted as a qualification which preceded the right to self-nominate, and was therefore not inconsistent with the HOA’s governing documents or governing law. Furthermore, as the rule was based upon the legitimate concern that spouses or relatives might form unfair alliances on the Board, the Court found that the rule was both reasonable and rationally related to the proper conduct of the business affairs of the HOA. 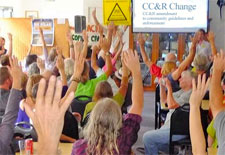 As is a common occurrence for HOA Boards, there is often difficulty in obtaining the HOA members’ consent that is required for taking such actions as amending the HOA’s governing documents or undertaking capital improvements. Failure to obtain the members’ consent–whether it is a result of member apathy or disagreement with the Board’s position–often results in wasted resources that were expended in conducting the election procedures required under California law. HOA Boards are therefore always looking for ways in which they can educate the members on the Board’s position and the reasons why the Board believes that the membership should vote a particular way in the upcoming election.

HOA Boards may therefore seek to utilize media outlets such as the HOA’s website and newsletters, as well as posting notices in HOA common areas, in an effort to garnish member support for the Board’s position. However, when such “advocacy” efforts are made as part of an election campaign, California Civil Code Sections 1363.03(a)(1) and (a)(2) require the HOA to provide equal access to its media outlets and common areas to all members who may be advocating opposing points of view. Where the HOA fails to provide such equal access, Civil Code Section 1363.09(a) allows a court to void the election results and even impose civil penalties.

This was the issue in the recent case of Wittenberg v. Beachwalk Homeowners Association, where the court held that a HOA’s election results could be invalidated based upon the fact that the HOA Board had failed its duty to provide homeowners with the type of equal access contemplated by the Civil Code…

END_OF_DOCUMENT_TOKEN_TO_BE_REPLACED 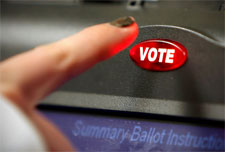 Under the Davis Stirling Act as currently written, common interest developments (“CIDs”) are required to comply with certain procedures for conducting elections. Among other requirements, the Act requires CIDs run by homeowners associations (“HOAs”) to adopt rules and appoint inspectors for the purpose of verifying signatures, counting and tabulating votes. Additionally, the votes themselves must be placed on secret paper ballots, using a specific procedure requiring the use of double envelopes.

Although the rules were intended to improve and standardize the manner in which HOA elections are conducted, they have also had the unfortunate consequence of making it more difficult to achieve quorum. As a result, HOAs are expending more resources, time and money in their attempts to hold an effective election.

In response to these difficulties, the California Legislature has introduced Assembly Bill 1360 (“AB 1360”) sponsored by the CAI California Legislative Action Committee (“CLAC”). In short, AB 1360 proposes to modify the rules to authorize HOAs to conduct elections and other votes of the membership by electronic means. Although paper ballots would still be utilized, the Bill would require Associations to provide their members with the option of voting electronically. 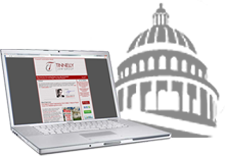 Our annual “Legislative & Case Law Update” newsletter for the year 2013 is now available in our library!

Have questions on any of the new legislation or case law? Click here to send us a question online. 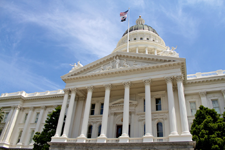 AB 805, effective January 1, 2014, will make existing California law pertaining to Homeowners Associations (“HOAs”) more logical and user-friendly. The bill’s primary effect is (1) to renumber and reorganize the Davis-Stirling Common Interest Development Act (“the Act”), and (2) to make various minor changes to the substantive content the Act. Other than renumbering of the Act from Sections 1350-1378 of the Civil Code to Sections 4000-6150, the bill reorganizes the Act in a more logical manner. It also standardizes terminology, eliminates outdated references to other authorities, groups provisions pertaining to the same subject matter, and reorganizes longer sections into more convenient subparts. While most of the Act’s content will remain the same, this blog post provides an overview of what substantive changes will go into effect as of January 1, 2014.

Our HOA lawyers have also published this information in our new library article entitled “The Basics of AB 805,” available for download from our library.

END_OF_DOCUMENT_TOKEN_TO_BE_REPLACED 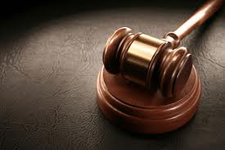 The California Court of Appeal’s recent ruling in a case underscores how crucial it is for HOAs to strictly comply with the Civil Code’s election procedures and requirements.

The court in That v. Alders Maintenance Association (2012) applied Civil Code § 1363.09 to hold that a HOA’s attorneys’ fees and costs are generally not recoverable by a HOA should it prevail against a member in an election dispute. However, the same is not true for a member should she instead prevail against her HOA.

END_OF_DOCUMENT_TOKEN_TO_BE_REPLACED 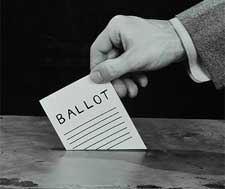 Asked – Does a homeowner who abstains from voting in a HOA’s annual election have any impact on the degree to which the HOA satisfies its quorum requirement?

Answered – Yes. A member that abstains from voting will still be included in measuring whether a HOA has satisfied its quorum requirement. Typically, a HOA’s governing documents (e.g., By-laws) will require that a quorum be reached for an annual election. During an election period, a homeowner may choose to either vote or abstain from voting (an abstention).

Although each abstention vote is included in determining whether quorum has been met, an abstention vote is not tallied for the purpose of determining whether a motion has passed or a director has been elected. Civil Code §1363.03(b). Accordingly, blank ballots and invalid write-in votes such as “Remove the Board” should also be counted towards quorum.

To submit questions to the HOA attorneys at Tinnelly Law Group, click here. 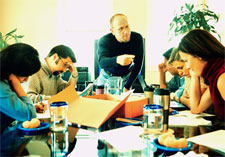 Serving as a Director on your HOA’s Board can be a frustrating and thankless job. Raising assessments, enforcing the governing documents, and taking other potentially unpopular actions can lead to disputes and charged emotions. Despite that fact, Directors, as representatives of the Homeowners Association, must conduct themselves in an appropriate manner. Overly aggressive or inappropriate behavior by a rogue Director or officer can give rise to liability for both the Association and the Board. Fortunately, there are mechanisms available to safeguard against liability in such situations and, if necessary, to have the rogue Director removed. This blog post addresses those mechanisms.

Our HOA lawyers have also published this information in our new resource entitled “Rogue DIrectors: Battling Bad Behavior,” available for download from our library.